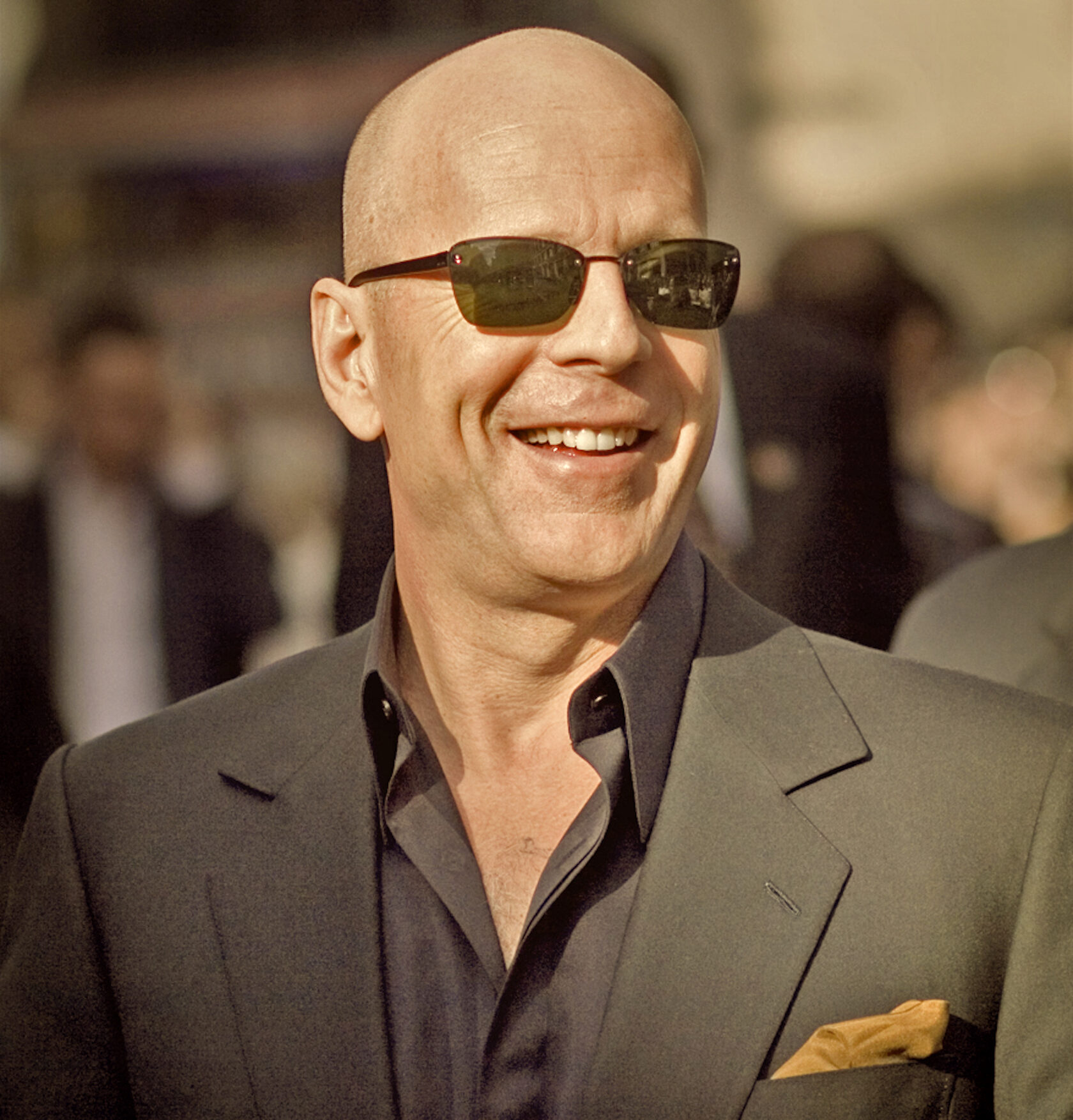 Bruce is one of the highest-paid actors in Hollywood, best known for his roles in Die Hard, Pulp Fiction, The Fifth Element, and The Sixth Sense.

As a singer (did you know that?), Willis released three albums, including his debut The Return of Bruno back in 1987, followed by two more albums in 1989 and 2001.

Bruce gained popularity all over the world with his role of New York City cop John McClane in the Die Hard sequel.

Bruce received numerous accolades during his career, including a Golden Globe, two Primetime Emmy Awards, and two People’s Choice Awards. And he’s got his star on the Hollywood Walk of Fame.

Well, we can’t help but notice how ripped Bruce looked making his comeback in the Die Hard 6 movie. Everyone was pretty damn excited to see the action star in his late 50s all handsome and fit again.

Bruce Willis is an icon among iconic action stars. As we’ve seen in John McClane’s transformation throughout the Die Hard franchise from 1988 to 2013, he’s only gotten cooler.

He’s the man who made going bald awesome and even has been included in the “10 Guys Who Look Better Bald” list by Men’s Health.

The discovery of 2021 is definitely Bruce Willis’s TikTok account. Must see!

If you still don’t use TikTok yet, it’s time to sign up!

To put on the muscle that “defies age,” Bruce has to train hard for it.

To get in shape for Die Hard, he did hour-long cardio and strength sessions nearly every day for three months before filming.

Bruce’s trainer Gunnar Peterson, one of LA’s most sought-after trainers working with celebrities, prepared the actor for the shooting.

The trainer’s main principle is consistency, as Gunnar mentioned in an interview:

People Trying To Right A Lifetime Of Wrongs Two Weeks Before A Deadline. Overhauling Their Lives Instead Of Improving It Piece By Piece In A Way That Will Work For The Long-Term.

Bruce Willis’ workout plan is a balanced mix of exercises that help him maintain his strength and physique as he gets older.

The training program mostly consists of:

First of all, protein is key. Bruce’s meals include these options:

Plus, there’s always fruits, veggies, and tons of water.

And of course, Bruce avoids the following:

How can a super busy person commit to a workout plan on a regular basis? Gunnar Peterson gives this piece of advice: “Write it in PEN! Treat it like an appointment, a job interview, or an oversold airline flight — don’t be late and don’t miss it.”

So, next time you see Bruce and wonder, Wow! Great body at this age!, you know what you should do.