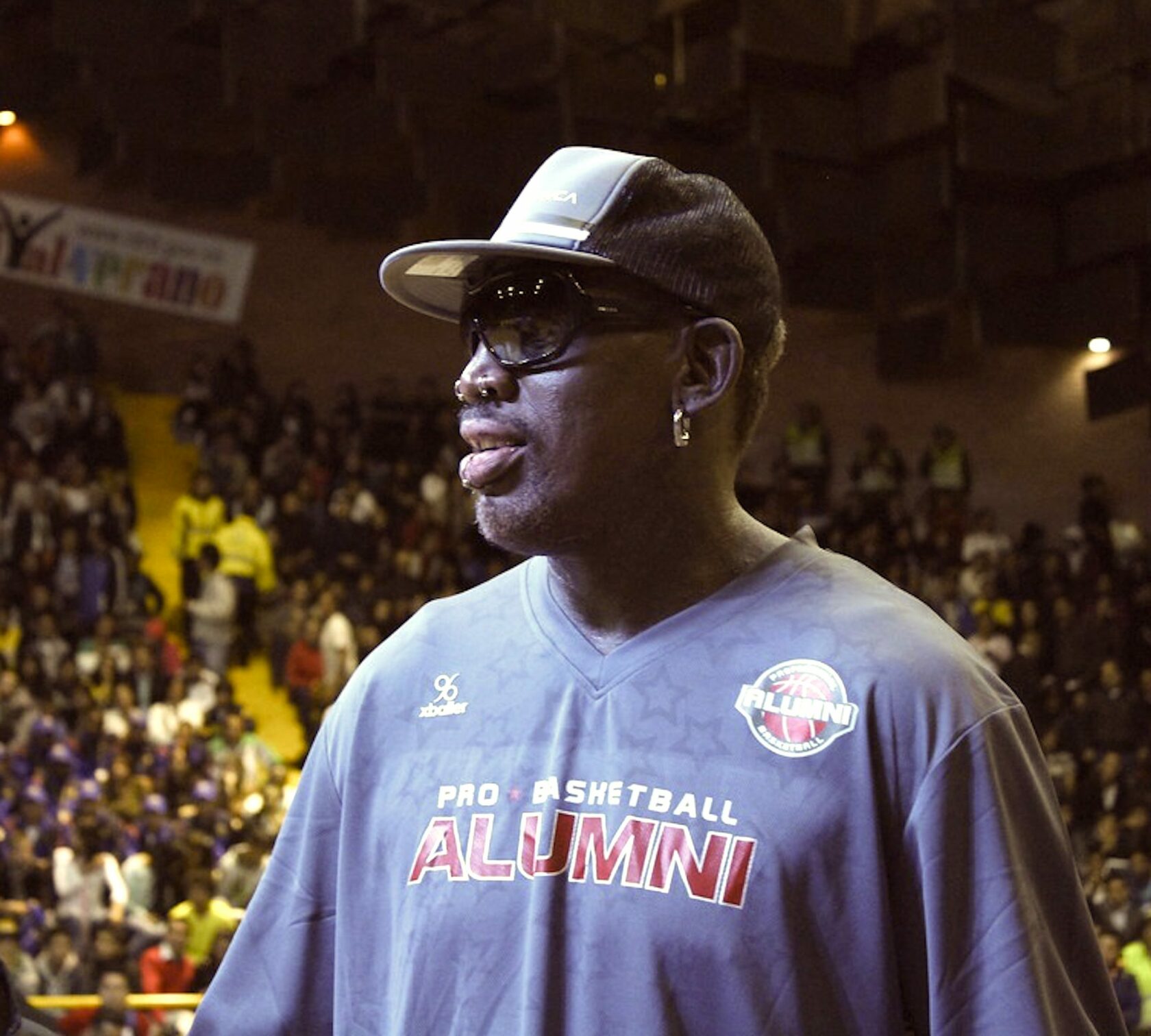 On May 13, 2021, Dennis Rodman turns… wait, can you guess? Don’t Google it; just take a look at the pictures below, and maybe shuffle your memory a little.

Dennis Rodman, “The Worm,” turns 60 freaking years old. Can you believe it? Makes you wonder if some people are truly just genetically blessed. Or maybe it’s all the tattoos and piercings that help you stay young way past your 30s.

We searched far and wide to see what Rodman’s secret formula might be. There are some good leads. No doubt that incorporating these habits into your own routine will make you that much closer to realizing your own potential.

Dennis drinks zero coffee. He’s pretty vocal about it, too; in a 2019 interview, he said “Screw coffee, I can’t drink coffee, man. That’s insane.” Rodman admits that he doubts that the boost coffee gives you is real.

And some scientific evidence actually backs it up. Recent research has shown that the energy and performance boost that habitual coffee drinkers experience after a cup or two might just be a sign of caffeine withdrawals temporarily subsiding. The whole decaf movement is really picking up these days, and there is so much compelling evidence against caffeine you might want to consider.

Depending on what your health goals and priorities are, you might want to consider natural leaf tea. It supposedly has some compounds that help your body process caffeine differently.

#2. Sympathize with vegetarians, but don’t say no to meat

There are rumors that he followed a vegetarian diet at times, but Dennis himself has definitely admitted to eating meat. He enjoys plain chicken and rice as his pre-game performance enhancer meal.

However, back in 2005, he became the first man, and the first sports star, to pose naked for PETA’s Anti-Fur Campaign and has spoken up against animal cruelty on multiple occasions.

Rodman’s seems like a healthy, reasonable, and humble attitude. Recognize the environmental impact and moral implications of consuming animal products, but don’t forget your body and its needs. Get nutrition and calories from meat and animal products, but make your plate as colorful as possible. And if you can afford it, always go for organic, free-range, and grass-fed.

Rodman would routinely hit the gym after a few hours spent on the court just to lift weights for a couple of hours. And he would work out before the game, while the rest of the team warmed up.

According to the San Antonio Spurs PR team, Rodman enjoys a last-minute workout as “an eye-of-the-tiger psyche-up thing.” And it’s not just the weightlifting. Rodman is supposedly the only player to ever complete Arnie Kander’s grueling push-up cycle of 124 push-ups and 124 seconds of holding the position.That’s as high-intensity as HIIT can get. Throw in his passion for cycling and the crazy aerobic demand of basketball, and you’ve got an insane, yet perfectly balanced exercise routine.

You probably don’t want to try that at home. But we keep saying this time and again: Lifting heavy weights with an occasional HIIT session and a little bit of cardio just to get the blood pumping completely covers your body’s need for exercise.