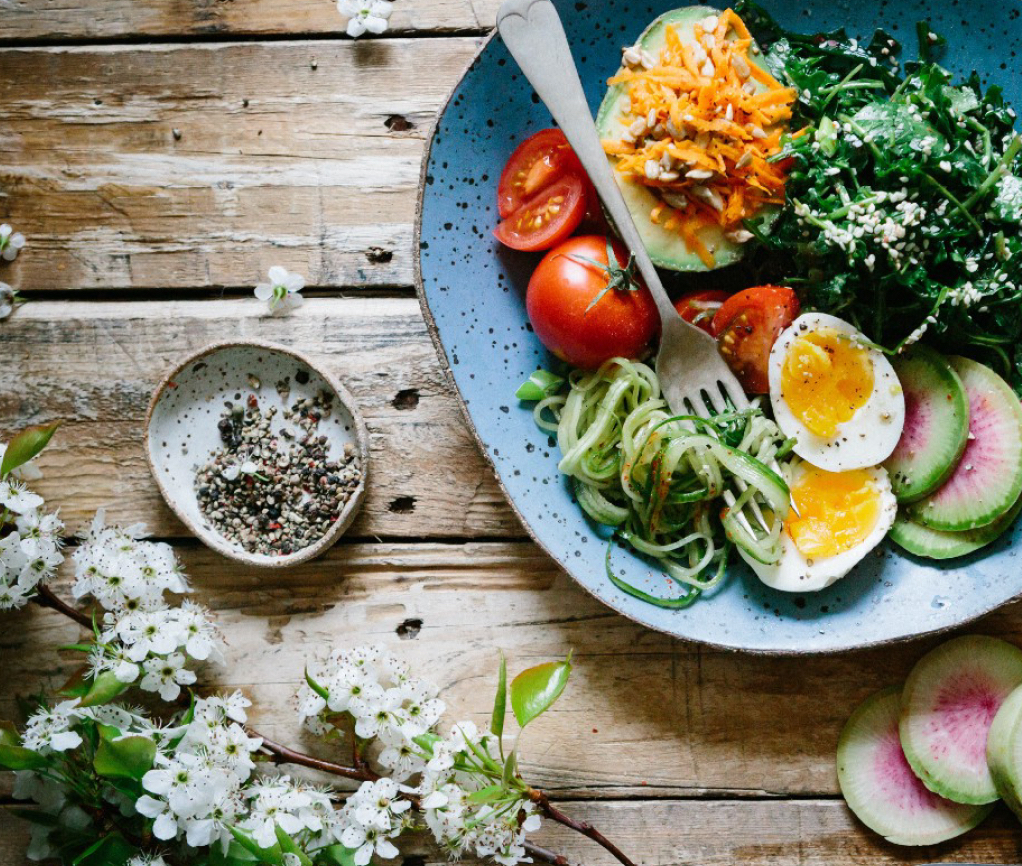 Hopefully, you already know who this dude is. But in case you’ve been living under a rock for the past couple of decades, Michael Phelps is a 28-time Olympic medallist. And he holds the all-time record for Olympic gold medal wins — 23 in total! It will likely be some time before this record is broken.

Phelps has retired from competitive swimming. But when he trained up to five or six hours a day, and six days a week, he regularly chowed down five or six eggs, alongside spinach, tomatoes, ham, hash browns, pancakes, oatmeal, fruit, and a French vanilla coffee — for breakfast only. That’s a lot of food.

Around the time of the Beijing Olympics in 2008, Phelps’ typical diet consisted of the following:

Phelps is often quoted as having boasted about this 12,000-Calorie diet, though he admits that this was more likely around 7,000-8,000 Calories. Still, that’s a whopping four times the caloric intake of an average adult male. Impressive, but unsurprising considering how much he trained.

By 2012, Phelps began to eat more like a mortal, though still eats, daily, what many of us eating ‘clean’ might consider a cheat meal — a foot-long sub. Although, depending on the bread used, and if the sauce is homemade from whole food ingredients, this could be an entirely healthy ‘whole food’ meal.

So, while Michael still eats a lot of calories, he certainly made a notable change from his previous daily feast by utilising the health benefits of whole grains and eating more vegetables. Though, when you are in the pool for so many hours each day, working hard cardio, it’s no surprise you can consume a lot more than the average joe.

Following this stripping down of his diet, Phelps still went on to win several more medals for the United States — four golds and two silvers — securing his place as the record holder for Olympic medals, in history.

What Can Phelps’ Diet Teach Us?

If a 12,000-Calorie (or even 7,000-Calorie) diet appeals to you, you better train like an Olympian. Otherwise, it’s probably a bad idea to try to chow down like Phelps. What should be our takeaway? (And no, not that kind of takeaway!)

Well, it’s simple: Pay attention to your caloric needs. If you’re young and train hard, you can get away with scarfing down on more. If you’re in your 30s or 40s, or older, and if you train less, you probably don’t need that second serving… unless you want to pack on fat, that is eating is all well and good, but calories burned, and calories consumed are always going to be the deciding factor in your weight reduction, or gain.

But don’t forget, it’s not all about the calories. Quality of food matters, too. Phelps generally had a clean diet. You don’t see loads of bacon, chips, donuts, and ice cream on his menu. Sure, he ate pancakes, and a lot of refined carbohydrates but he trained hard and burned off all those calories! As he got older, he consumed more whole grains, lean meats, and vegetables. These are healthy options that provide not only energy, but also nutrients that support a wealth of critical bodily functions, including muscle recovery. Make sure your diet does the same.

Disclaimer: This information isn’t a substitute for professional medical advice, diagnosis, or treatment. You should never rely upon this article for specific medical advice. If you have any questions or concerns, please talk to your doctor.